In corporate finance, one of the basic problems financial managers deals with are about determination or value today of cash flows expected in the future. Investors evaluate the trade –off between money they invest today and money earned later. Time value implies that money received in the future since you could earn interest while pursuing a period of time ; thus , as money invest today would grow to more than a peso later. It suggests also that the longer time frame for investment would yield greater power for compound interest, hence, earn greater returns.
Future Value (FV): Investment to Earn
Future value. It refers to the amount of money an investment will grow to over some period of time at some given interest rate. It is the cash value of an ivestment at some time in the future ( Ross 2007).

Present Value (PV): Investments to Put Up
Present value. It refers to the amount invested today that will grow to a period of time at a given interest rate. Instead of compounding money forward into the future, we discount it back to the present (Ross 2007).

Evaluating Investments
Present and future value of money is important tools in evaluating investments. It weighs which investment opportunity can result to a higher earning.

Determining discount rate. Discount rate is called the rate of return on the investment. It is useful in comparing offered investments.

Rule of 72 . It measures the approximate period it would take an investment to double its amount. Money is given approximately by 72% rate.

Finding the number of period. Determine how long would it take for an investment to earn at a given rate. 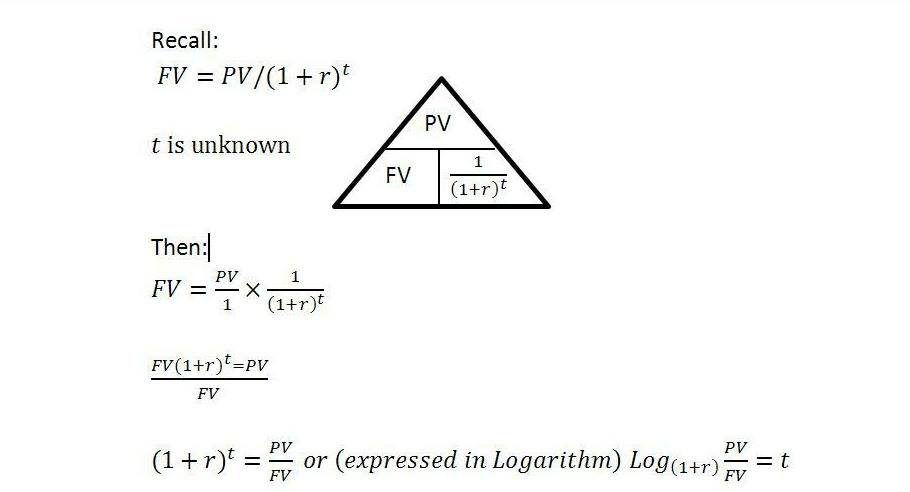